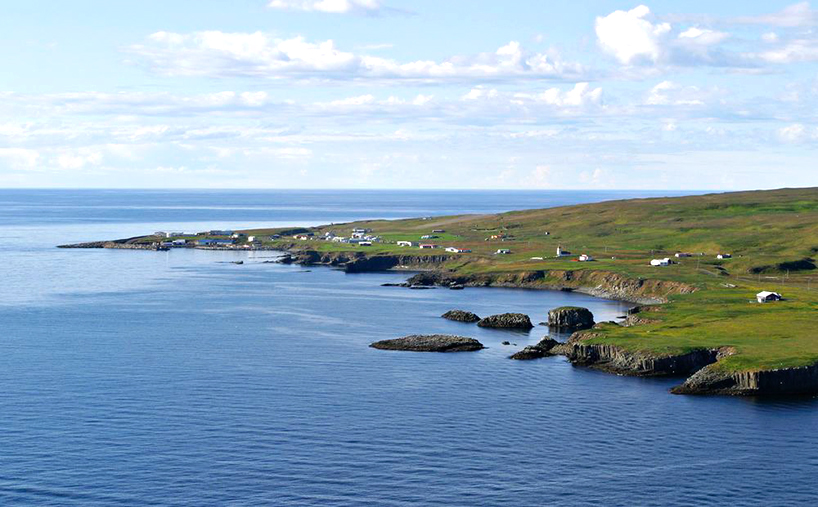 Grímsey Island is a magical place, a small village located on a very remote island far north of Iceland. We’ll take you there, meet the locals and get to know life at such a remote part of Iceland.

The principal industrial activity is commercial fishing. Agriculture and collecting seabirds’ eggs are also common. Grímsey is a popular tourist destination for visitors who wish to experience the Arctic Circle. The island is served by regular ferry and aircraft passenger services from the mainland.

The church on Grímsey was built from driftwood in 1867 and renovated in 1956. It is within the parish of Akureyri. The island also features a community center and a school from kindergarten to Grade 8. Beyond this age, students travel to Akureyri for further education. The church was formerly a parsonage, and is situated at a place marked as Miðgarður on most maps of the island; however, the single settlement is officially known as Sandvík.

The island has acquired a long-standing reputation for being a bastion of chess-playing. On learning this, the American scholar and keen chess player Willard Fiske took a protective interest in Grímsey in the 1870s, sending supplies, supporting the economy and leaving money in his will, though he never once visited.

The island is served by Grímsey Airport. A ferry connects the island three days a week with the mainland.

First, my husband and daughter (6 yrs old) have been to Iceland a few times. We have always wanted to head North on the island to see Akureyri and Grímsey.... read more You can take a flight out of Reykjavík direct to Akureyri, but we chose to...More

We're on TripAdvisor!
- If you've been on our tour we would be so happy if you could give us a rating! - Thank you!

We are aware of our social responsibility and we only hire local guides and ship captains for our tours.

You don’t want to miss a thing…